What a fabulous day for the annual sports day here at St Thomas More.

With PE kits the order of the day for all, including spectators and plenty of drinks at the ready the whole school took to the sports field to do battle for the Louis-Carter House Cup

Mr Williams head of PE said: ‘’Year 8 boys and Year 9 girls performances were one of the integral aspects leading to Clitherow’s win with both Year 8 and Year 9 Clitherow groups gaining over 100 points, the only groups to achieve this.

‘’The overall message from the day is participation and teamwork some results could have changed dramatically with just one more participant, however,  that is not to disregard the astounding performances of the participants with 12 school records being broken in the track events alone, and 17

‘’The day was close, all houses had a chance and that it was a good day.’’

Click on image below to see Mr Case's photographs 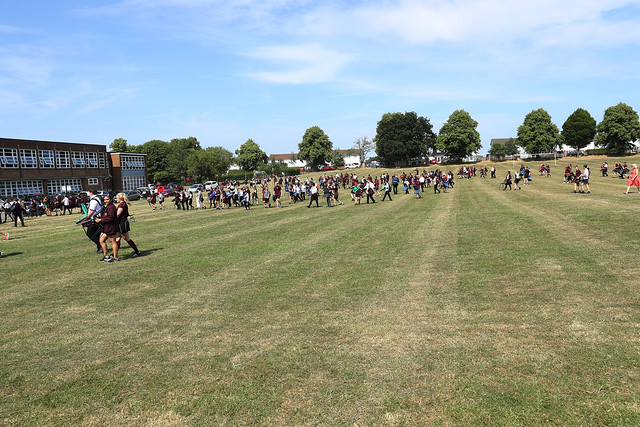 In Year 7 both the boys and girls house of Arrowsmith won by a fair margin, and again with the runner up being the Kirby, in third place for the boys year 7 however is Webster, 2 points clear from 4th, for the girls Clitherow, 2 points off second. Overall Arrowsmith won by 15 points, Kirby came second and Clitherow third.

Overall, in third place, Arrowsmith with 58 points. In second place Kirby with 70 points and finally, this year's winners Clitherow with 74 points.